Results from the trial can be downloaded below

Fancy a Trial over the Christmas Period

Fancy riding a Trial over the Christmas period or into January, check out the events below;

Why not enter the Ibex clubs New Years Eve trial that they are hosting at Knighton, download the regs below

On Sunday Walsall Motor Cycle Club Ltd ran the fourth round of the AMCA Midlands area trials championship.  A cold grey day but luckily no rain to affect the sections.  A good entry of nearly 50 riders turned out to take up the challenge.  Four laps of 10 sections had been set round the edge of the club’s motocross track.  Some obstacles have been there for several years but new ways round them give riders a different challenge each time.
Sections 5 to 8 took most marks from the Expert riders.  Peter Ruscoe ran out the winner on 21. His ride of 1 mark for 4 laps of the inverted halfpipe section 7 was the best ride of the day. Shaun Hadlington was second on 29 with the rapidly improving Jonathan Reeves in 3rd on 50.Tom Hanks was 4th on 62. Andy Bolton (chief course plotter) managed to guide his elderly TY250 round for 88 and 5th place.
Clubman riders had to ride either the expert or non expert route as stipulated at the start of each section and the results showed which were the sections where they rode the hard route with only the occasional mark being lost on the easy route.  Harry Hall and Graham Jones tied on 32 marks each with 24 cleans.  Mitchell Reynolds put in a creditable performance riding his Twin Shock 247 Montesa losing 33 marks while the winners of the Clubman class only lost 32 marks.  This was after he had been all round minding his son Zach on an Oset.  Zach would have been 2nd in the beginners if he hadn’t gone the wrong side of the same marker flag twice.
The Non Expert class was won by Kevin Stannard on a GasGas, who kept his feet firmly on the pegs all day and cleaned everything.  John Davies from Shropshire club was second with 4 marks lost and Steve Clark from Penkridge club third on 6.
There was a good entry of 12 in the Beginners class with three riders on the electric Osets.  These riders did each section 4 times before moving to the next to save battery problems. It was good to see so many of all ages having a go at trials riding. Best rider was John Hunt on a Sherco who only had a 1 dab all day.  Alex Halliday and Ivor Webb were close behind on 3 with 37 cleans apiece.

Thanks to all who observed and those who helped set out.

Results from the Sutton Coldfield Trial at Shatterford.

On Saturday the weather changed and riders enjoyed a sunny afternoon for the Walsall Motor Cycle Club’s trial at Hobs Hole Lane, Aldridge.  All 22 riders completed the course of 10 sections put on round the edge and in the middle of the Club’s motox track.
The club’s digger man had been busy making climbs steeper and holes deeper and a completely new section recycling some concrete blocks and sleepers from previous sections. All the experts faced this challenging new section which was finally conquered by Tom Hughes after a couple of good tries and also on the last lap by Jonathan Reeves with a couple of hefty prods. Jonathan’s granddad Harry Hall must have been inspired by this great ride as he won the Clubman class by a massive 20 marks.
Tom Hughes was best Expert on 42 marks. Jonathan Reeves was second on 56. Third place went to Graham Jones on 64 just beating young riders Sam Hughes and Tom Hanks.
In the Clubman class Harry Hall was clear winner on 10 marks with Jon McAnulty in second on 30. Jon was surprised as he had not ridden for many months and the bike was stuck in first gear for half of the trial. Robin Foulkes on his new TRS was 3rd on 33.
The novice class was won by Kevin Stannard with just 3 marks lost followed by John Haynes on 6. Young Jak Hanks had a brilliant ride for 3rd spot and 11 marks. Josh Emery was 4th on 16.
On the white route Shane Oliver was first with a clean ride followed by Alex Holliday  on 8 marks.
Thanks to all the observers and course plotters and also the land owners for the use of the track.

The Walsall club are hosting a Trial at Hobs Hole Lane on the 1st July. 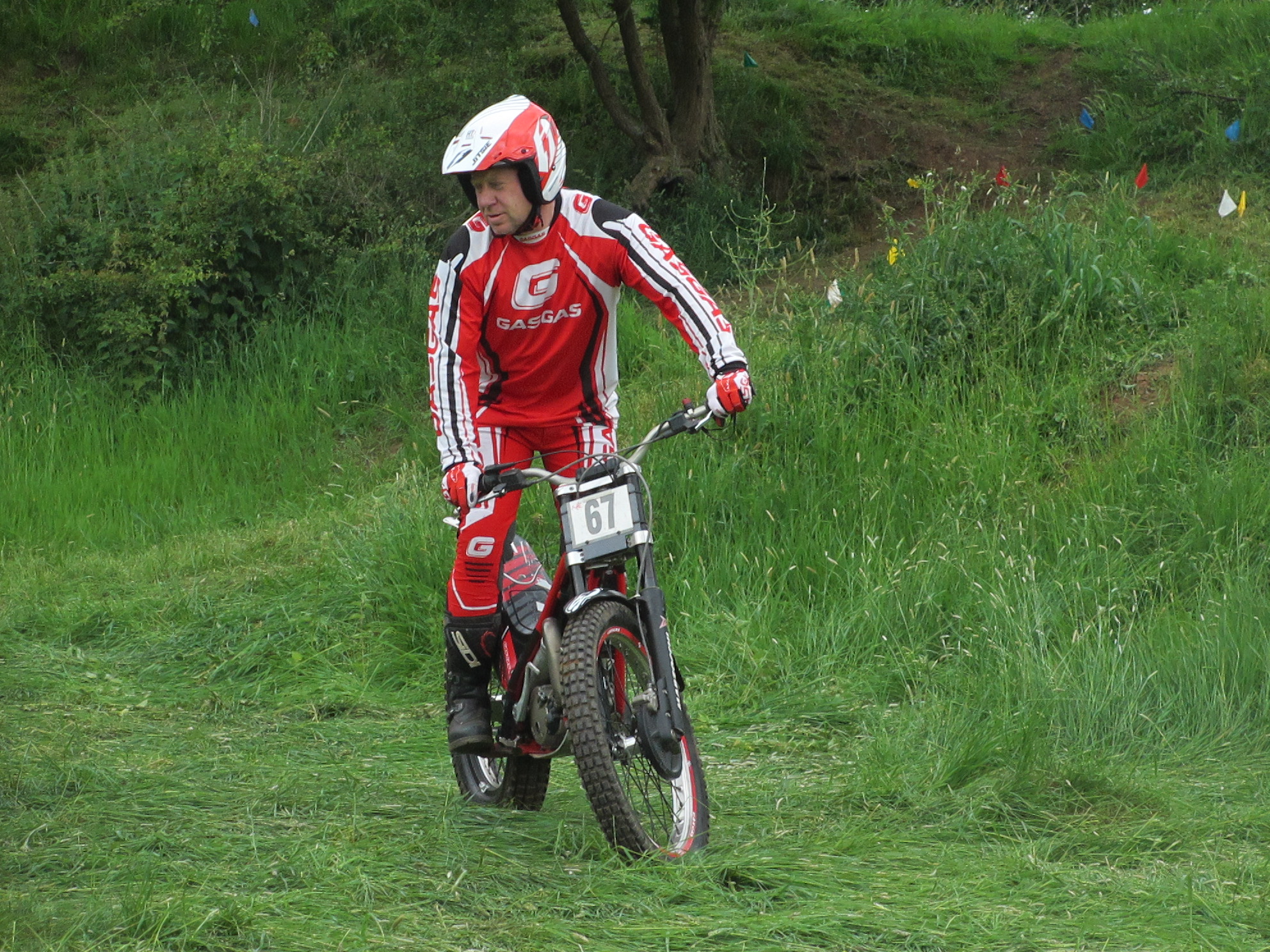 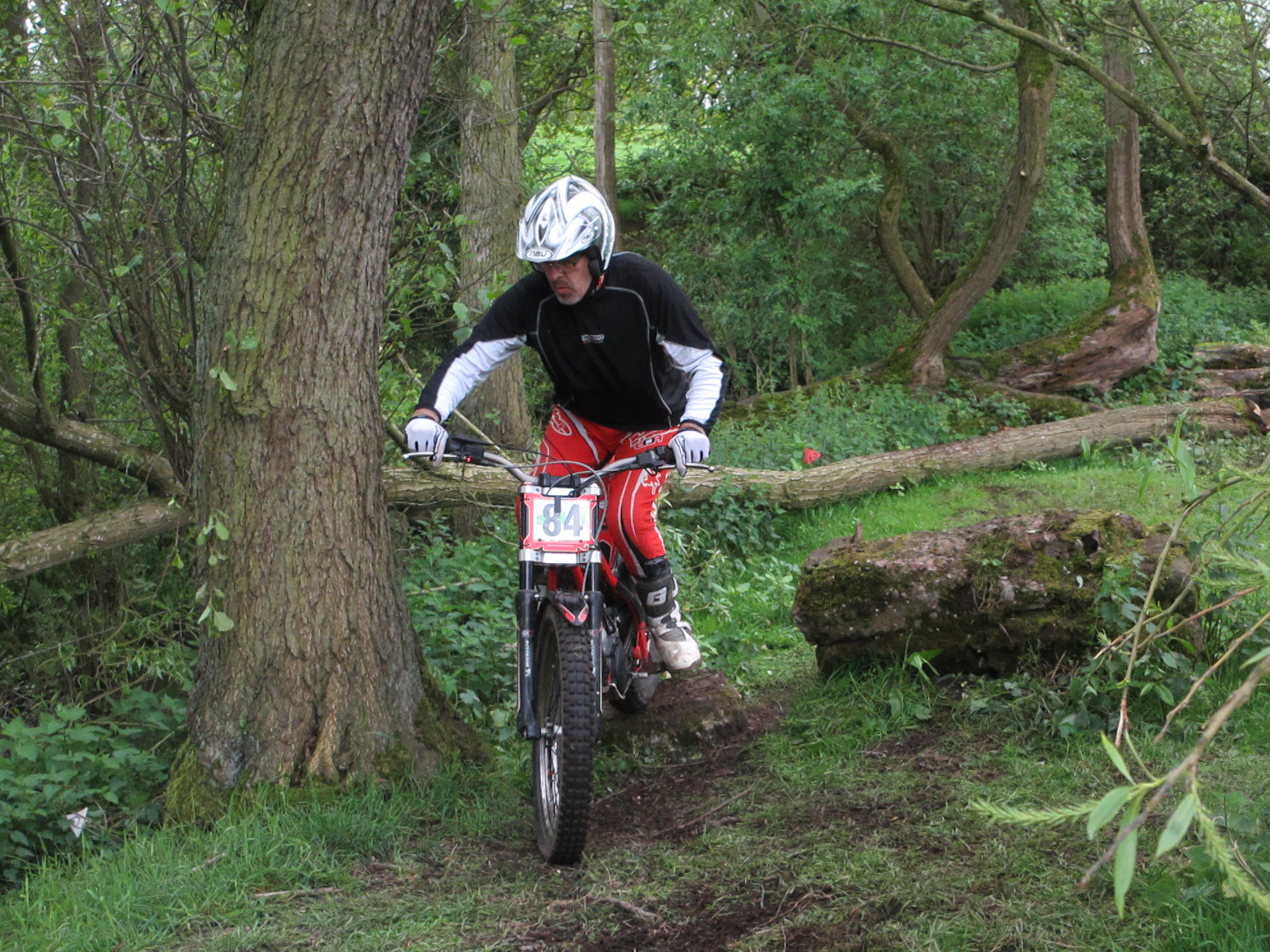 The club will be holding 4 evening trials at Lower Drayton Farm, Sign posted off A449 near Penkridge, ST19 5RE

Entries are now available for round 2 of the British Trials Cup to be held for the first time at the Bike Trial Academy in Longstowe, Cambridge!