Warming up for the AMCA British MX Championship R3 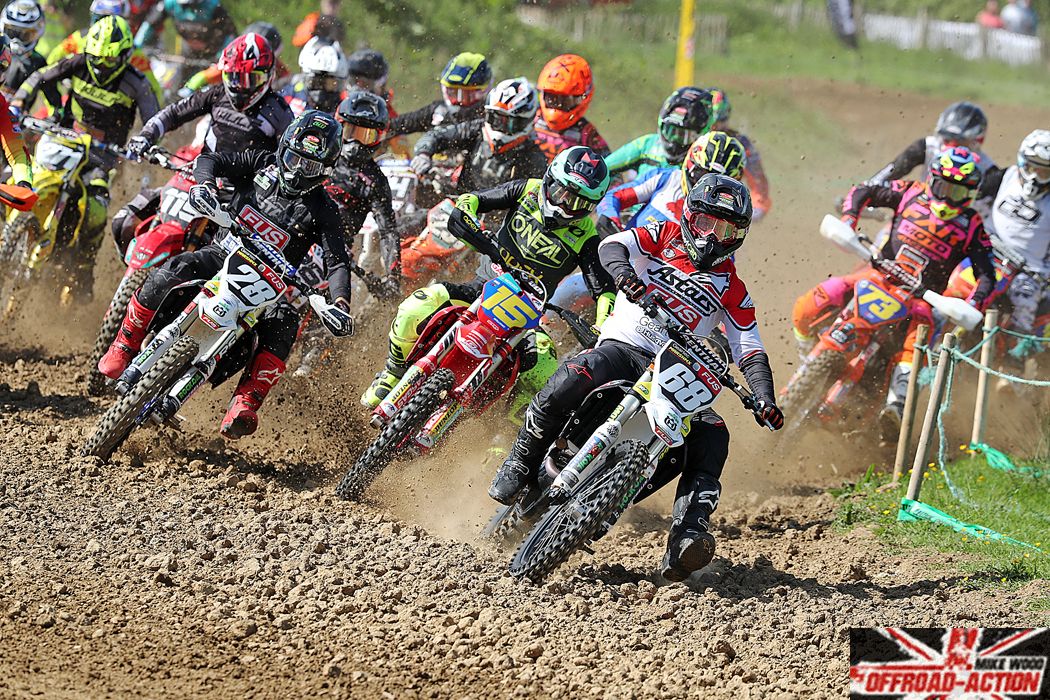 After what as been a false start due to a couple of very tragic incidents, the AMCA will try again this weekend June 4th/5th to finally get their 2022 British Motocross Championship firmly up and running. With fingers firmly crossed that at last a full five blocks of racing can be safely completed, the Championship chasers go to Warmingham Lane in Cheshire for round three.

So far both intended rounds at Culham and Brookthorpe have not been completed so that means it’s also probably still too early to analyse the form guide! However in MX1, FUS Marsh Geartec Husqvarna pilot Luke Burton leads the way and he has already tasted moto victories during both the Culham and Brookthorpe events. At present, Luke is 11 points clear of Josh Waterman with James Dodd, Jake Shipton, Tony Craig and Ashley Greedy next up in the standings.

Another FUS team member and defending MX2 Champion Shane Carless is now already topping the 2022 title chase standings after winning the only completed race at Brookthorpe. Round one winner Nev Bradshaw was a non-starter last time out so as been overhauled in the early standings by Tommy Alba, Rory Jones and Henry Williams. After the opening two rounds, Carless holds a 13 point advantage over Alba and will certainly be looking to extend his MX2 advantage at Warmingham!

During the last round at Brookthorpe, Kristian Whatley won both 125cc moto’s ahead of Matt Bayliss and that’s how it currently stands in the early Championship standings. The very experienced Whatley is 7 points better off than Bayliss with Luke Dean in 3rd. Dean, a former AMCA MX1 Champion looks very comfortable on his fast 125cc Fantic and after going 3-4 last time out is certainly putting himself into a position to be a serious title contender as the season unfolds. Danny Lanfear and Chris Povey have also started the season strongly whilst Joel Fisher, riding in his home region will hope to be back to full fitness following a recent shoulder injury.

Having switched from a small 2T KTM over to a full bloodied big 4T Yamaha, Shane Holmes won the only completed Vets moto at Brookthorpe and is likely to be a major player throughout the 2022 Championship.  Leading the way at present though is the defending AMCA Vets Champion Phil Mercer, currently 11 points clear of Holmes. Despite starting the season with a very painful knee injury, multi AMCA Champion Gary Davies as dug very deep to thus grind out some very impressive rides. At the opening two rounds, Gary holds 3rd in the standings just 20 points behind leader Mercer with those Lane brothers James and Simon next up.

The superb Ollie Bubb has won all five Youth 85cc moto’s contested so far. Also impressing early on in this class are the likes of Jack Evans, Wyatt McGregor, Oakley Kettle and Sebby Moore. These lads along with Will Turner and Harrison Davies appear to be the ones at present who will threaten Bubb’s early season dominance!

So get along to Warmingham Lane this weekend for some great AMCA Championship action. Local post code for the venue is CW10 0HJ with admission charges being Adults £10, OAP’s £5 for a single day or you can buy a weekend pass for Adults £15, OAP’s £10. On both day’s Children Under 16 will be admitted for FREE providing they are accompanied by a paying Adult.