Get ready for Long Lane Part 1!! 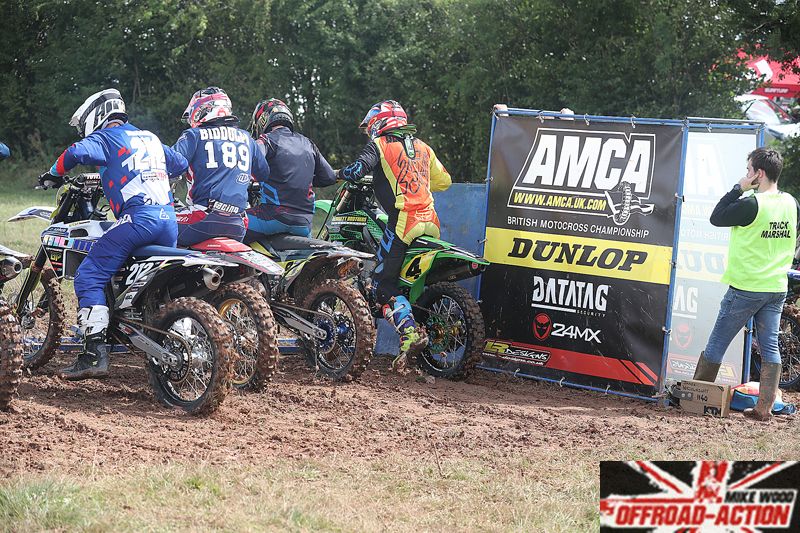 After a thrilling, frantic opener in the AMCA British Motocross Championship powered by Datatag and supported by Dunlop, it’s onto the next chapter this weekend at Long Lane, near Telford.

In MX1, 2018 Champion Josh Waterman has got off to a flyer, making a very determined start and showing that he certainly means business in the shortened 2020 title chase. At round one, Josh blasted his Yamaha to top spot on the podium with a 1/1/3 scorecard. Joining him on the box was Nev Bradshaw piloting a 1998 500cc CR Honda and the always consistent James Dodd. This class boasts plenty of high quality and potential moto winners so expect the likes of Luke Burton, Adam Chatfield, the fast starting Ashley Greedy, Tommy Alba, Corey Hockey,Andrew Smart and Will Hughes to start turning up the heat. Having made his MX1 Championship debut at Boraston with a fantastic 4th overall, Corie Southwood will also be another major podium contender.

Having started the MX2 campaign with another classy maximum score, the big question is can anyone stop Jamie Wainwright? You can be sure that experienced 2017 Champion Ray Rowson will certainly be giving it a right old go along with the equally determined challengers Josh Coleman, Henry Williams, Jansen Day, Mark Young and Cory McShane. Currently on the edge of the top ten, Lewis Dowdeswell and Jordan Eccles did not quite earn their desired results at round one so unable to lose  any further ground on the leaders you can expect them to be right on it when the gate drops at Long Lane! Making this MX2 class a truly intriguing affair and looking to stop those 250F pilots from gaining an advantage, Ryan Crowder (3rd) and Luke Dean (4th) on the KTM 2-Smokers were on fire at Boraston and go to Long Lane full of confidence and after more success!

Jordan Wright, Jimmy Margetson and Shane Carless all took a 125cc moto win at Boraston in a class which yet again served up some top class entertainment. All three of the above lads also took the podium places with Wright the victor following a 1/2/4 scorecard. That battle for top slot looks set to rage again this Sunday with Chris Povey, the 2019 125cc runner-up also joining the fray after being forced to miss the opener at Boraston. Having got stronger as the day unfolded  during round one, Damon Strydom could be a major challenger this time around along with the likes of Luke Newman, Nathan Bache, Travis Steels and Clinton Barrs who’s hoping to have gained a little extra power and be mounted on a 150cc! Having had by his usual very high standards what was an extremely disappointing day at Boraston, expect Matt Ridgway to bounce back in style this weekend!

LRT Midwest Husqvarna riders James and Simon Lane dominated the opening Vets round and are certainly going to be very difficult to now remove from their lofty positions. James the younger of the Gloucester based brothers leads the title chase with Simon in 2nd and just a further 3 points in arrears. Having grabbed three holeshots at Boraston, Paul Burn should again be taking the challenge to the Lane boy’s along with Sean Smith, Andrew Watkins, Chris Jones, John Barnes and Anthony Bennett.

Joel Fisher made the best start possible in his quest for Youth 85cc honours in 2020 by bagging a superb maximum score at Boraston. In all three moto’s, Yarin Evans followed him home with Lewis Roden in 3rd. Other lads starting the campaign in style were Caleb Greaves, Oliver Rigby, Harley Prickett, Harry Bebb, Cameron Woodburn, Falon Baillie and Charlie Hucklebridge.

Words and pics by Mike Wood